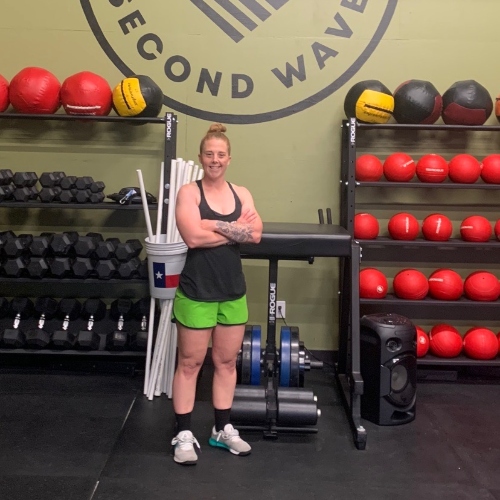 I grew up in New Jersey playing competitive sports from a young age. When I wasn’t practicing or traveling for tournaments, I was participating in sports-specific training for speed and agility. I continued on to play competitive softball throughout high school and college. After college, I moved to NYC and was eagerly looking for something to fill that competitive void that I was now missing. That’s when it was suggested to me to give CrossFit a try. I’ll admit, I walked in thinking this was going to be easy because I grew up in athletics. I didn’t like it at first because it hurt and I wasn’t nearly as good as I wanted to be. However, I loved the challenge so I kept with it and after a short amount of time, I was hooked!! I went on to get my Level 1 and started coaching in the East Village in NYC while continuing my education. In 2015, I moved to Austin for a Fitness Coach job in Lakeway. Shortly after in 2018, I was lucky enough to land my dream job with the Austin Fire Department. I’m eager to get back into coaching at CrossFit Second Wave.